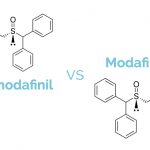 The armodafinil vs modafinil debate comes up frequently in nootropics circles. Both are popular wakefulness-promoting smart drugs. They're also closely related to each other both structurally and in their effects. Of the two, modafinil is hands down the one most of us would be familiar with. Over the years it has gained massive popularity (and fame) in many high-performance … END_OF_DOCUMENT_TOKEN_TO_BE_REPLACED 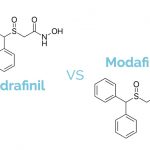 There is a reason why the adrafinil vs modafinil comparison comes up as often as it does. Both are stimulant nootropics that are very closely related to each other. The two compounds produce almost identical effects. Among many others, these effects include an increase in brain power and wakefulness. But, there are also a few significant differences between the two … END_OF_DOCUMENT_TOKEN_TO_BE_REPLACED 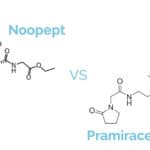 If the world of nootropics had a best sellers list, Noopept and pramiracetam would easily make the top 5. Both supplements can do great things for your memory and cognitive abilities, and are the default go-to choices of millions in the nootropics community (yours truly included). If you're trying to pick just one, you may have your work cut out for you. Benefits … END_OF_DOCUMENT_TOKEN_TO_BE_REPLACED