Buy from AbsorbYourHealth.com
Summary:
Pramiracetam is one of the strongest brain boosting nootropics available. It improves focus, concentration, and memory. Powerful on its own, pramiracetam works very well in almost any stack and can increase the effectiveness of other nootropics. If possible, avoid it in powder form due to its offensive taste.
Type:
Racetam
Benefits:

Pramiracetam is as close to a poster child for nootropics as it gets. It is a massively strong product that on its own, is very, very good at what it does. It can also elevate other supplements to levels they would never otherwise see. It does have a slightly darker side: its absolutely horrid taste. But, that's an easy fix. In my opinion, no one serious about improving their focus, memory and learning abilities should ever dismiss pramiracetam.

Pramiracetam is a racetam-class supplement and a synthetic cousin of piracetam. It is a very powerful compound, anywhere from 5 to 30 times more potent than its relative. It is unique in its action amongst other racetams and is known for improving focus, learning abilities, memory formation, and even sensory perception [1]. This nootropic also acts as a neuroprotective agent and can prevent loss of memory and general cognitive decline [2]. 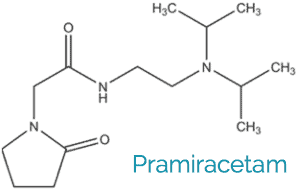 In addition to working super well on its own, pramiracetam plays very nicely with other nootropics, taking their effects to new levels. This flexibility has made it very popular with students, writers, people in technical roles (me) and really, just about anyone interested in maximizing their cognitive abilities.

Pramiracetam was developed by Parke-Davis way back in the 1970s and patented in the US in 1979. While it has since been extensively studied as a treatment for memory issues associated with brain injuries and diseases like Alzheimer's, at this time the FDA does not approve it for any particular use [3].

That said, pramiracetam has seen more success in Europe. Sold under the brand names Neupramir, Pramistar, and Remen, it is commonly prescribed for the treatment of neurological conditions like dementia, dyslexia, and ADHD.

Like most racetams, and really most nootropics, pramiracetam affects the release of brain chemicals, called neurotransmitters, which permit the transmission of signals between nerve cells. But, pramiracetam does things a little differently. It does not directly stimulate specific neurotransmitter receptor sites, the effect of which would be a boost in production and release of that particular neurotransmitter. It works in a more round about way. Sneaky.

First, let's briefly introduce the hippocampus, a part of the brain that is central to this whole process. The hippocampus plays a major role in the formation and storage of short-term and long-term memories. 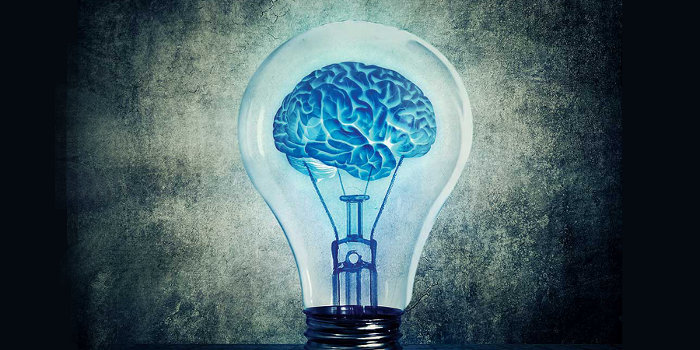 Pramiracetam works by increasing high-affinity Choline in the hippocampus [4]. As luck would have it, Choline happens to be a precursor of a neurotransmitter called Acetylcholine, which is a key player in cognitive processes like concentration, learning speed and memory. So, what pramiracetam does is indirectly modulate receptor sites for Acetylcholine, which then stimulates increased activity in the hippocampus. This extra activity improves the formation of new memories and the reference of older ones [5].

As an additional bonus, increasing activity in the hippocampus also has a positive effect on the movement of blood throughout the brain. This improved cerebral blood flow betters alertness and cognitive abilities in general.

On to the good stuff. The major benefit of pramiracetam is greatly improved memory formation and retrieval [6]. It works by stimulating parts of the brain responsible for these functions. It is then no wonder that almost universally, users report big improvements in how well they can form memories and how quickly they can recall things.

These enhancements to memory, in turn, make learning faster, smoother and a whole lot easier. Personally, I find learning even becomes more enjoyable. I'm not sure whether that's due to any specific neurochemical reactions or just because I feel like I'm making much greater progress, but either way, I'll take it.

A few other benefits of this nootropic supplement include improved blood flow to the brain, increased oxygen uptake, and better glucose metabolism. All these changes add up to increased mental energy, a feeling of mental alertness, clear thinking, and better auditory and visual sensory perception.

A less often talked about benefit of pramiracetam is its neuroprotective ability. Studies suggest it is effective at reducing forgetfulness, which, when you think about it, is not quite the same as improving memory. This effect can be hugely beneficial to the elderly and even otherwise healthy adults.

Somewhat along those same lines, pramiracetam can be useful for treating general memory loss, cognitive issues caused by brain injuries, and even some degenerative neurological disorders [7]. It continues to be tested these purposes in the US for, but several European countries already allow it to be prescribed for the treatment of memory problems caused by dyslexia, ADHD, dementia, and Alzheimer's.

Pramiracetam can act as a powerful potentiator when taken with other nootropics, increasing their effects to varying degrees. This is particularly true when it is mixed with other racetams, making it a logical addition to most stacks. Stacking with the peptide Noopept is a great option too. Because the amount of effect increase can be unpredictable, I recommend first using pramiracetam on its own for a bit, before mixing anything else in. And even after that, proceed slowly.

Stacking pramiracetam with energy enhancing supplements like adrafinil or oxiracetam, one of my favorites, will usually intensify the mental alertness and make it last longer. While I don't personally take anti-anxiety agents, adding pramiracetam to compounds like aniracetam can reduce feelings of anxiety and mental strain, and give you heightened concentration, focus, and an improved mood.

Stacking cholines with pramiracetam is also quite common and something I regularly do to enhance the effects of the supplement. Mixing in cholines can also prevent the most frequently documented side effect of taking pramiracetam, headaches.

What holds true for almost any nootropic is also the case with pramiracetam: the optimal dosage varies from person to person. Anywhere between 600 mg and 1200 mg per day is the typical amount, split into two or three doses. Several studies I've seen on the effectiveness of pramiracetam concluded that 1200 mg is the sweet spot. Indeed, that is the amount that seems to work best for me.

Dividing the total daily intake into two or three doses is recommended because pramiracetam has a 5 to 6 hour half life. The more evenly you split the dose over the course of the day, the more consistent the level of the nootropic will be in your system, and the better the overall result.

Pramiracetam has few adverse effects and is generally well tolerated even at higher doses. This means you should be able to experiment with the amounts you take freely to find your perfect dosage and maximize the supplement's benefits. That said, always stay within reasonable boundaries and to be safe, start at the lower end of the scale.

Something I have mentioned briefly already but would like to stress now is how bad the powder form of pramiracetam tastes. The best way I can describe it is death mixed with fish. In other words, it's horrible. Get the capsules.

If you somehow do end up with the powder, you will find it is not water soluble and just kind of floats to the top. Instead of using water, I suggest you mix it with a small amount of oil. Doing this will also improve absorption. Sadly, it won't do much for the taste.

You should avoid taking pramiracetam sublingually (under the tongue). It apparently doesn't affect everyone, but I've heard some rather unpleasant stories that involve painful burning sensations when the supplement is taken this way.

Pramiracetam is very well tolerated, even at doses that push the limits. Very few side effects have ever been documented, and overall, the nootropic is considered to be very low risk. The most common adverse effects are headaches. These are usually an indication of your brain chemistry being low on choline and can be reduced or eliminated by taking pramiracetam together with a choline supplement.

I have also seen a few reports here and there of feelings of nervousness or agitation in response to taking pramiracetam. Usually, these side effects are caused by too high of a dosage and reducing the amount you take will eliminate them.

Pramiracetam has no documented adverse effects of using it over prolonged periods. In fact, quite the opposite may be true. There are scientifically-backed claims indicating that in the long run, this nootropic may support brain health and even help repair damage caused by aging [8].

The only other side effect worth mentioning is, again, the atrocious taste the powder form of this supplement has. By using powder, at the very least, you'll suffer from horrid after taste. At worse, you may feel a burning sensation and irritation in your mouth, throat, and esophagus. Far from life threatening, but definitely not something you potentially want to go through every time you take a dose. Do all you can to get the capsules. 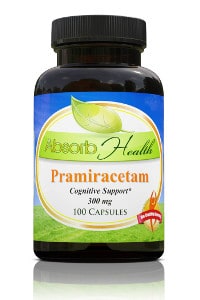 Pramiracetam is available in both powder and capsule forms. I unwaveringly recommend you go for the capsules. For one, you won't have to experience what it tastes and feels like to ingest battery acid. I also find capsules a lot more convenient to use, especially for adding to a nootropic stack.

Though not impossible, it is rare to find pramiracetam on retail store shelves. Buying online is the way to go. Whatever seller you decide to go with, make sure a 3rd party laboratory tests their products for purity. Pramiracetam is not regulated in any country, leaving it up to the vendors to ensure everything is up to par. In my opinion, having someone there to keep them in check is non-negotiable. I get pramiracetam and all my nootropics from Absorb Health and have been for years. So, it's a source I can easily recommend.