Buy from ModafinilXL.com
Summary:
Modafinil is a wakefulness-promoting stimulant which is also very effective at improving mental performance. This combination makes it an excellent nootropic supplement for long and mentally demanding tasks, and a favorite of students and professionals everywhere. Its effectiveness is well-documented and backed by decades of research.
Type:
Stimulant
Benefits:

I'm not going to lie. I like modafinil, a lot. On the days when I'm so tired I can barely put two words together, it has become my weapon of choice. But, even on those rare occasions when I do get a good night's sleep, if I know the day will require me to dig in and focus, odds are I will be using modafinil.

Because of just how many benefits it gives, I'll go out on a limb and say that while modafinil is not quite the so-called Limitless pill, it's as close to one as I have ever come. And that's a good thing.

Modafinil is a powerful eugeroic stimulant which promotes alertness and wakefulness [1]. It also gives a rather impressive list of cognitive benefits that include better memory [2][3], sharper focus [4], reduced reaction times [5] and an improved mood [6].

Originally developed for the treatment of narcolepsy and several other daytime sleep disorders, modafinil has become one of the best known and heavily consumed nootropics by anyone looking for increased wakefulness and improved mental performance.

Silicon Valley entrepreneurs use it. Wall Street traders use it. Students and shift workers use it. If you need that extra edge, modafinil could be your answer. 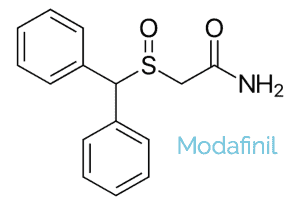 In the US, modafinil is classified as a Schedule IV substance, meaning you can buy it at your local pharmacy only if you have a prescription. Most other countries classify it the same way.

When prescribed, modafinil is usually sold under the name Alertec or Provigil. But many people, myself included, get modafinil online in it's generic form for off-label use without a prescription.

The benefits of modafinil are well researched and documented, partially thanks to the fact the US military took an interest in it. When called for, they use modafinil to help soldiers and pilots perform at under sleep-deprived conditions [7].

I always thought that if modafinil can help a fighter pilot, arguably one of the most mentally and physically demanding jobs in the world, it can definitely do some good things for little old me.

Though its effects are similar to those of mainstream stimulants, how modafinil achieves them is quite different [8].

Amphetamine, methylphenidate and other stimulants act more like shotguns and target the entire nervous system [9]. They increase the overall psychomotor activity in your body which can have many drawbacks, including euphoric effects, jitteriness, increased anxiety and post use crashes [10].

In contrast, modafinil is more like a sniper rifle.

It is very selective in which neurons it targets. It focuses mainly on the amygdala and hypothalamus regions of the brain [8] and only affects a handful of neurotransmitters to achieve both its stimulant and nootropics properties.

This method is much safer and better-tolerated.

Modafinil increases the production of the neurotransmitter orexin (also called hypocretin) [11], a compound which neurons use to communicate and which is also responsible for regulating wakefulness [12].

The direct cause of the most common form of narcolepsy is a lack of orexin [13], so clearly, having enough of it is pretty important.

Related to orexin is norepinephrine (sometimes called noradrenaline), another organic chemical whose production modafinil increases. It is a stimulant neurotransmitter responsible for promoting alertness and focusing attention [14].

Modafinil also optimizes the use and breakdown of dopamine [15], the well know "feel good" brain chemical. Dopamine improves the mood and increases focus [16]. In general, the more of it is kicking around, the better you feel.

How modafinil controls levels of dopamine is also something that sets it apart (in a good way) from other conventional stimulants.

Amphetamines and the like directly increase the production of dopamine and do so quickly and in large amounts [17]. This process can lead to euphoric effects and addiction [9].

Modafinil, on the other hand, simply prevents dopamine from leaving your system [18]. This indirect method is not only less intrusive but also much more gradual and easier to handle.

Last but not least, modafinil stimulates the release and prevents the breakdown of glutamate [19]. Glutamate is a brain chemical which nerve cells use to send signals to each other and which plays a vital role in cognitive function. The better nerve cells can communicate, the better your brain works.

Glutamine modulation is where many of modafinil's nootropic effects come from, specifically improved memory and focus.

Modafinil was initially designed to do two things: increase alertness and wakefulness and boost brain function under sleep-deprived conditions. And believe me, does it ever do those things well. If these are your main goals, you don't need to look any further.

What makes modafinil special is that it is not a stimulant in the classical sense, but rather a eugeroic.

A eugeroic also significantly improves alertness and wakefulness but does so without the jitteriness, hyperactivity and less than pleasant "crashes" which can come with stimulants. In other words, it makes for a much smoother ride.

With a half-life of about 8 hours and a total duration of between 14 to 16 hours, modafinil remains effective for a long, long time. It also doesn't adversely affecting regular sleep once it wears off.

Not affecting sleep makes modafinil very effective at helping people who suffer from narcolepsy, other sleep disorders or even fatigue associated with multiple sclerosis [20]. 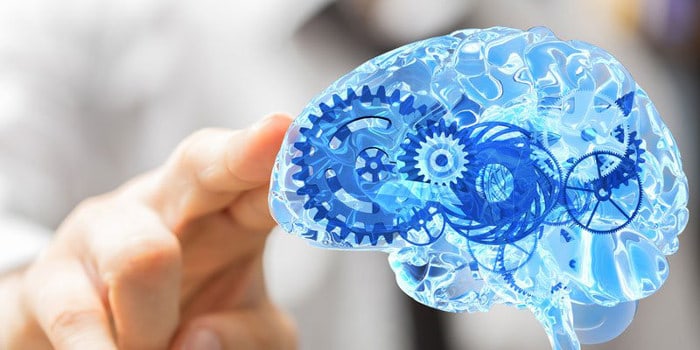 Modafinil is also an ideal choice for individuals needing to stay active and alert for their job or other activities [1]. Typical users include students, professionals, and anyone working irregular shifts.

In fact, modafinil is so good at what it does, the US military has used it to help pilots stay alert during prolonged missions [7].

There are also several nootropic effects modafinil offers which everyone can benefit from, not only those of us that are sleep-deprived (thank you very much job and child). It is particularly good at improving cognitive abilities, especially when measured by working memory and reaction time [21].

An increase in focus is also something you can look forward to [4]. It's like super strong coffee but without the jitters. It lasts much longer than a cup of joe too.

Because modafinil modulates the brain's production of dopamine [18], taking it can also be quite beneficial to your mood [22].

Finally, modafinil can be used to treat several conditions other than sleep disorders. It is sometimes used as an alternative method of managing adult ADHD, showing comparable results to more traditional amphetamine treatments [23].

There are also currently several ongoing clinical trials looking into modafinil as a possible treatment for anything from depression and seasonal affective disorder to even things like nicotine addiction.

Modafinil is very good and effective at what it does. But, every once in a while even the best need a helping hand. Luckily, modafinil stacks very well with other nootropics, especially Noopept and several members of the racetam nootropic family.

Here are a couple of formulas which work especially well for me.

Take once a day in the morning.

In addition to the improved focus and energy expected from modafinil, I find this stack also increases my fluidity of thought (for the lack of a better term) and creativity.

Take once a day in the morning.

This combination is probably my favorite for long periods of mental work which required super deep focus and attention. The 10 mg of Noopept can be repeated up to two more times later in the day if necessary.

When prescribed as a treatment for sleep disorders, the suggested Modafinil dosage is between 100 mg and 200 mg per day.

If you use Modafinil as a nootropic, which is my experience with it, it's not a bad idea to begin lower to test the waters.

50 mg per day is a good starting point. See how things go and if needed, gradually increase the dosage only to what is necessary for you to achieve results.

Some people respond extremely well to lower amounts, and there is no point in taking more.

Though as much as 400 mg per day of Modafinil is considered safe, it's not worth exceeding the maximum recommended 200 mg. Studies show that doubling the dose to 400 mg makes very little difference in results, but does increase the odds of experiencing side-effects [24].

If you stay in the standard dosage range, Modafinil is considered safe for prolonged use of several months, as shown by large-scale clinical trials [25][26][27]. In other words, there is no meaningful indication of developing a tolerance.

I'm obviously a much smaller sample, but on average, I probably take modafinil once a week, and I have never experienced anything even remotely resembling tolerance.

On last thing definitely worth reiterating is that modafinil has a total duration time of 14 to 16 hours. That's a long time. Unless you're keen on missing out on sleep, do not take it after midday. It's a mistake I've made in the past, and never will again.

Every drug or supplement has potential side-effects. No exceptions. The question is always how common and severe those side-effects are.

In the case of Modafinil, there is good news. When used as directed, it is considered safe and well-tolerated. Issues are rare, and when they do occur, they usually shouldn't be more than minor annoyances.

The most commonly encountered problems are typical of wakefulness-promoting supplements and can include dizziness, headaches, and irritability [28]. Some people may also experience nausea, indigestion or dry mouth [29].

Taking modafinil may also cause a loss of appetite [30], which in the long run can translate to weight loss. Some may consider this to be a benefit, and fair enough. Still, it is something to be aware of.

If you do run into any of these side-effects and they either worsen or persist over time, don't take chances and speak with your doctor. It's always better to be safe than sorry.

If you have or had any more serious health conditions, also talk to your physician before starting with modafinil. Because modafinil is for all intents and purposes a stimulant, seeking advice is especially recommended for any heart conditions, blood pressure, liver or mental health problems.

Also, double check with your doctor if you are already on any medications. Adding another substance to the mix can change how your current medications work, including increasing their side-effects. Once again, safety always first.

In the majority of the western world, buying modafinil over the counter is not possible. In the US, UK, Canada, Australia and indeed most of Europe, you will need a prescription to get it from your neighborhood pharmacy.

That said, you can buy modafinil online without a prescription. It's easy and inexpensive. However, keep in mind that doing so it technically illegal.

If this is something that worries you, I would recommend you look into adrafinil. It is a close relative to modafinil and perfectly legal to buy though there are, of course, a few differences.

If adrafinil is not to your linking there are also many other alternatives to modafinil.

If you do decide to take the online route, be careful who you buy from. Modafinil is popular to say the least, which also means it's big business. New stores that sell it seem to pop up every month, and many are less than stellar.

Before you buy, check nootropic communities like Reddit or Longecity for reviews and user opinions. You can also take a look at the list of vendors I use to buy modafinil online. Any one of them would make a fine choice.